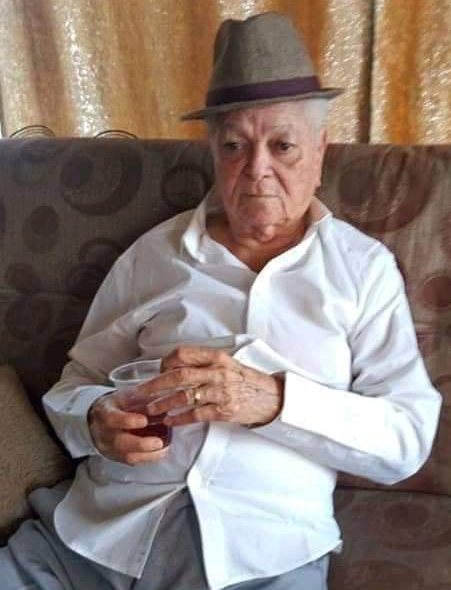 Late Pa.Dickson MacGrey
Chief Richmond MacGrey, alias Ogiagalusi has lost his precious Father, Pa Dickson MacGrey in the early hours of today.
He was aged 93.
Late Pa Dickson MacGrey who is survived by five children hailed from the Royal families of Tisun and Bobi Communities, all in Warri North Local Government Area of Delta State.
According to Chief Richmond MacGrey who is the eldest child of late Pa MacGrey, burial arrangements will be announced by the family soon.
at September 21, 2021 No comments: 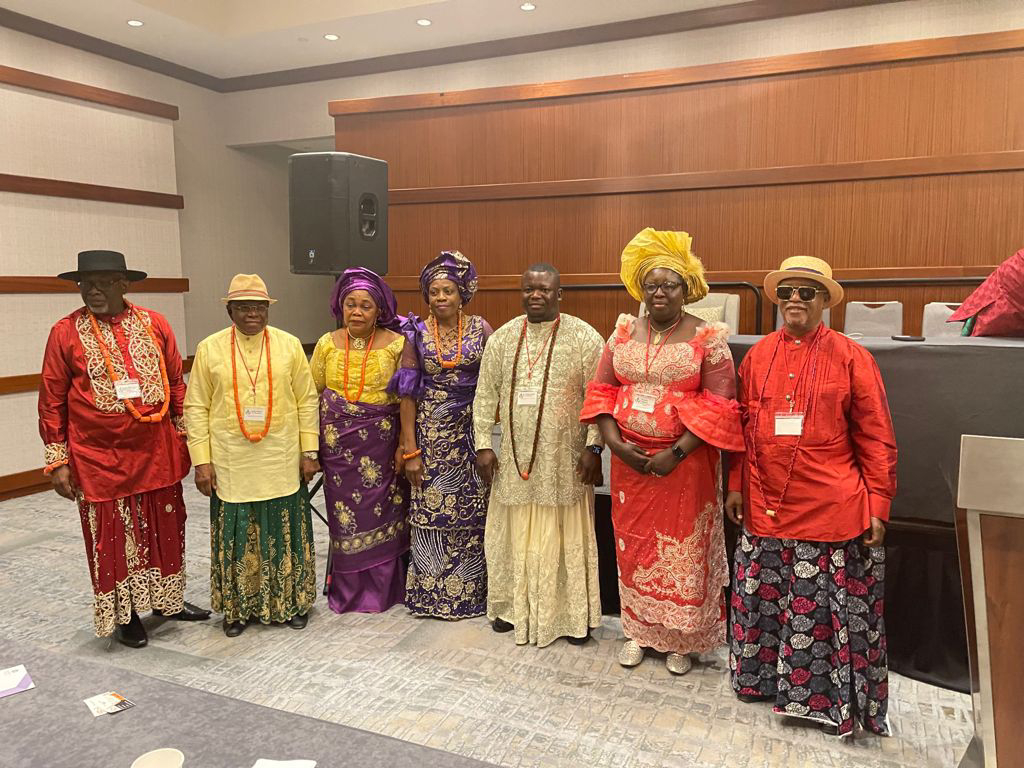 Group Photograph of the newly sworn-in Ugbajo Itsekiri U.S.A Executives led by their President, Mr. Jemine Okotie-Yesin(Extreme left)
By Tetsoma Neyin
News:
Ugbajo Itsekiri U.S.A, a foremost charitable organization based in the United States of America has sworn in new executive body that will pilot the affairs of the group for the next two years.
The swearing-in ceremony which took place in Dallas Texas U.S.A on Saturday September 4, 2021 labour day witnessed lots of rich Itsekiri cultural display to the excitement of everyone in attendance.
In his farewell speech, the immediate past President of the renowned group, Mr. Kingsley Onuwaje thanked God Almighty for giving him and his executives the wisdom and strength to serve his people home and abroad all through his tenure in office and charged the new executives to put the welfare of their people as top priority.
The newly sworn in President of Ugbajo Itsekiri U.S.A, Mr. Jemine Okotie-Yesin in his acceptance speech, also thanked God Almighty as well as board members of the group for the trust given him and his executives to serve his people, saying that these two years of his tenure will be a remarkable one for the group because their major focus will be serving their Itsekiri communities home and abroad.
Other members of the newly sworn in executives of Ugbajo Itsekiri U.S.A are; Mr. Lucky Omiretsuli Mayor - Vice President, Noyo Kubeyinje Edem - Secretary, Barrister Alero Mayor - Assistant Secretary, Theodore Uloghobui - Treasurer, Dr. Utieyin Edema-Eyen - Financial Secretary and Dr. Atutumama Okotie - Public Relations Officer.
at September 14, 2021 2 comments: 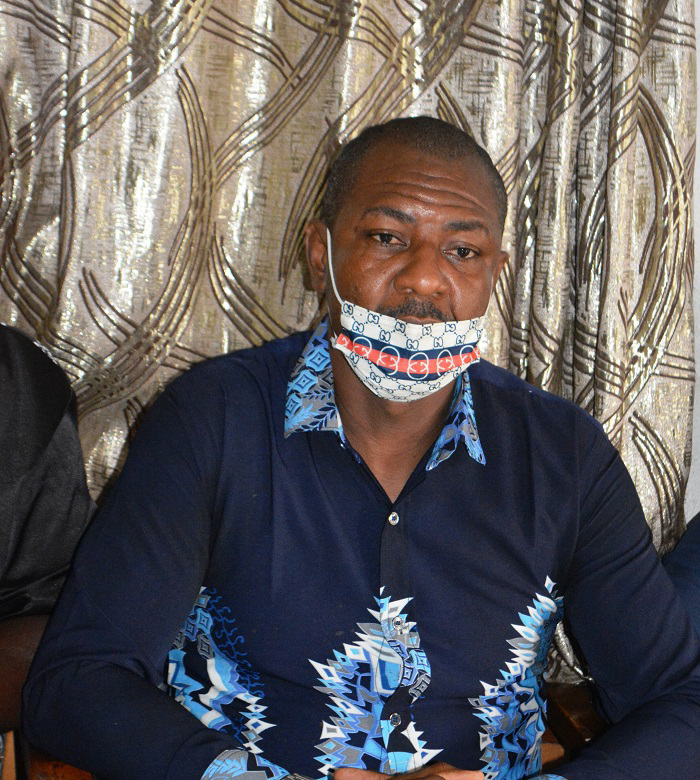 President of NAIG, Comr. BenEyitemi Eburajolo
Following the 28 days ultimatum given by the National Association of Itsekiri Graduates, NAIG, to Chevron to reclassify the Itsekiri Graduates of VTP5/OPT2 and VTP6 working as slaves in their purview which expires today Monday September 13, 2021, NAIG has reaffirmed their stand to shut down Chevron as soon as possible.
President of NAIG, Comrade Ben Eyitemi Eburajolo, in a statement made available to the Press today, Monday September 13, declared that members of the Association are ready to shutdown the perations of Chevron Nigeria Limited, CNL in Warri South, Warri South-West and Warri North Local Government Areas of Delta State, if the 146 members of NAIG in VTP5/OTP2 and VTP6 programmes are not engage as staff of Chevron Nigeria Limited.
Eburajolo, restated the association’s earlier position that the affected Itsekiri graduate trainees, were promised employment and asked to resign their former jobs by Chevron Nigeria Limited, CNL and were, “found competent in their various locations and none has violated any of the company’s laid down rules, regulations or safety procedures”.
According to him, the time difference between the VTP4, who were reclassified January 1st, 2015 and VTP5/OTP2, was just 6months and all the OTP2 were deplored to field, before the VTP4 to assist in the then acute personnel shortage in various offshore locations.
“On the Job Learning (OJL) has since been completed by both VTP5/OTP2 and VTP6.
“Crude oil price that they claimed was the reason for not reclassifying then, has since risen and stable to above $70/pbl. Meanwhile, VTP4 was reclassified with a price below $40/pbl.”, Eburajolo emphasized.
NAIG demanded: “It should be noted that their reclassification should be backdated to January 2016 and January 2017 for VTP5/OTP2 and VTP6 respectively; Resume Operation and Maintenance (O & M) training with employment immediately as enshrined in our Memorandum of Understanding (MoU); Community development in oil producing areas should resumed immediately and All Itsekiri host communities to CNL should be given electricity and portable drinking water”.
at September 13, 2021 No comments:

Warri Multi-Purpose Stakeholders Platform set to organise Ijaw, Itsekiri Leaders Summit September 23
By Tetsoma Neyin
News:
In its effort to foster peace, unity and development in the Niger Delta region, the Foundation for the Partnerships Initiatives in the Niger Delta(PIND), a non-profitable organisation working to promote peace and equitable economic growth in the Niger Delta region by forging multi-sectoral and multi-stakeholder partnerships at the regional, national and international levels, through one of its initiatives, the Warri Multi-Stakeholders Platform(MSP), is set to organise a one day Leaders Summit between the Itsekiri and Ijaw ethnic nationalities in Delta State.
The Leaders summit which is scheduled to hold on Thursday September 23, 2021 will feature Amb.Dr.Godknows Boladei Igali, the Chairman Governing Council, Federal University of Akure (FUTA) and Prof. Lucky Akaruese from the University of Port-Harcourt as the keynote speakers  to dialogue on issues that will bring about peace, unity and development in the region.
PIND Network Coordinator and Warri MSP Facilitator, High Chief Lawal Africas who spoke to Warri Voice Newspaper recently in Warri, said that preparations are on top gear toward the success of the Leaders Summit, saying that other members of the Warri MSP and critical stakeholders including Executive Chairmen of Warri South LGA, Hon. Michael Tidi PhD, Warri North LGA, Hon. Capt. Smart Yomi Asekutu and Warri South-West LGA, Hon. Taiye Duke Tuoyo will be fully on ground to play host to the event.
Recall that Warri MSP is a platform where stakeholders from the Itsekiri and Ijaw ethnic groups in Warri dialogue on the main causes of violent, conflict and mutually forge a pathway for addressing those issues through conflict mitigation efforts.
at September 10, 2021 No comments: 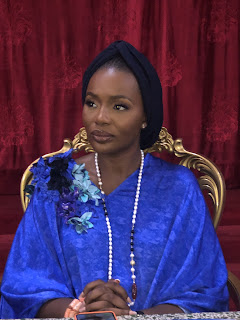