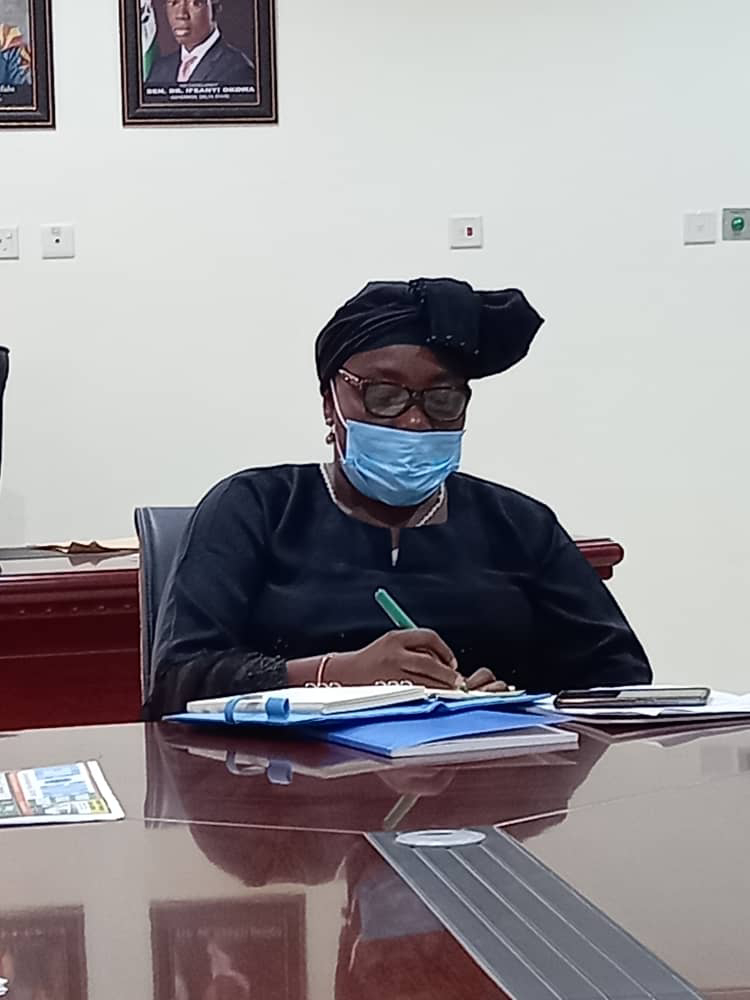 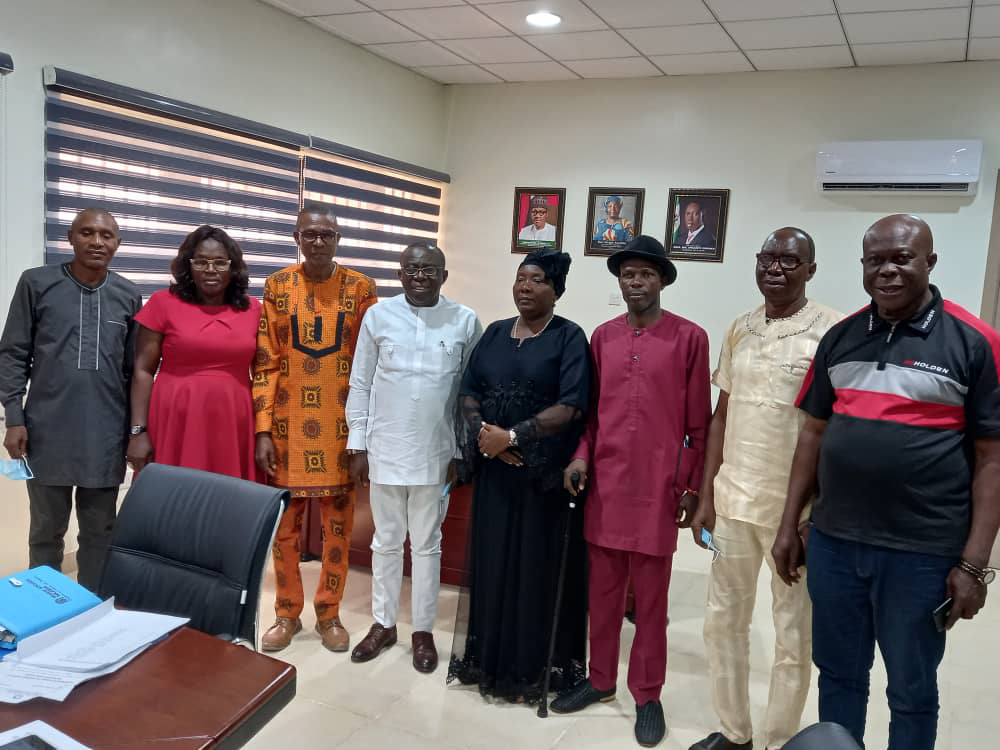 Publishers of Community Newspapers in a group photograph with the Commissioner, Hon.Barr. Bridget Anyafulu(5th: L-R)
The Commissioner appreciated the Governor,  Senator Okowa for finding her worthy and proper to pioneer the Directorate and close up the gap created by societal imbalance.
Anyafulu equally commended the Publishers for deeming it fit to reach out even as she was busy processing modalities to engage the community media for effective dissemination of the programmes of the Directorate.
According to the Commissioner, "There will be no Humanitarian office without the community media to disseminate our information. Partnership is critical and everything we do here is developmental.
"The Directorate was established in July 2021 by Governor Okowa as first in history.  Again, we don't have any Directorate of Humanitarian and Commmunity Support Services anywhere across the states in Nigeria. That tells you how futuristic and compassionate our Governor is towards the downtrodden in the society.
"Actually,  our Governor created this Directorate to cover the inequality that exists in society. Governor Okowa is a development expert who understands the yearnings and aspirations of the grassroots people. Being a grassroots man, he cannot do without the grassroots. So therefore,  he set up this office to fight inequality in our society. The office is to ensure balance at all levels of prosperity and human existence, including peace in every home", Anyafulu explained.
The cerebral workaholic human development expert, listed a number of mandates for the Directorate, which includes maintaining Social Register for the State, adding that this would enable the Directorate reach out to those excluded in the scheme of things, especially from among women, children, people with special needs and a whole lot others in order not to be left out within the Stronger Delta Agenda.
She said the Directorate remains obligated to now use the generated data to evaluate where the state used to be in terms of poverty eradication, while using the baseline to plan for the future without excluding anyone but to engage those not within reach before now.
She added that the data would also provide the information needed to know the number of out of school children and reintegrate them into the school system through the Back To School Programme of the Directorate, in collaboration with the Ministry of Education.
Anyafulu affirmed that 291,000 beneficiaries had already been covered in the Home Grown School Feeding Programme through the Social Insurance while the Cash Transfer to vulnerable homes had already covered 1,864 persons in nine LGAs.
The Commissioner stated that the N-Power is being implemented and over 12,675 beneficiaries are already being covered in the Batch C of the N-Power.
Anyafulu in a nutshell, underscored the critical importance of the media and other corporate bodies towards achieving the set goals of the Directorate,  while not also disputing the place of cordial working relationship with Traditional Rulers in ensuring that the social register is scaled up to meet the yearnings and aspirations of the vulnerable segments through setting up of micro businesses for them.
The Functioning Permanent Secretary of the Directorate,  Dr Chuks Nwani also solicited the assistance of the Publishers in getting feedbacks from the perspectives of the community people who are reached with Humanitarian Support Services, to enable the Directorate evaluate and sustain its programmes for developmental purposes.
Earlier, the leader of the selected group of Publishers and SA to the Governor on Community Newspapers,  Prince Joseph Orhomonokpaye had congratulated Anyafulu for her emergence as the Commissioner in charge of the newest Directorate,  eulogizing her for her years of consistency in Humanitarian Services.
He urged the Commissioner to see partnership with the Community Newspaper Publishers as a way to go based on the Governor's expectations from the Directorate, maintaining that adequate publicity is needed to push the Directorate to prominence among its counterparts.
While giving a vote of thanks to stakeholders at the meeting, the publisher of National Trumpet, Prince Charles Umejei called on the state government to vote in enough fund into the projects of the Directorate to enable it achieve optimal goals of Humanitarian and Commmunity Support Services of the state.
at December 21, 2021