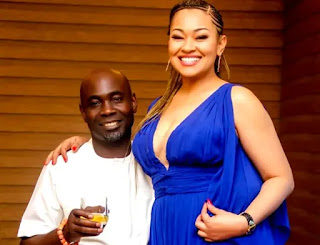 Preparations are on top gear for the grand wedding ceremony of Chief Emmanuel Uduaghan, a prominent and first class Chief of Warri kingdom and his heartthrob, Miss Natasha Akpoti.

The grandeur ceremony is billed to hold on Saturday March 5, 2022 at Ihima, in Kogi State.

Recall that Miss Natasha Akpoti is both a politician and a selfless giver who enjoys giving hope to the hopeless through her massive empowerment programmes and the construction of roads in her home town.

The beauty queen was one time Governorship Candidate under the platform of Social Democratic Party (SDP) in the 2019 gubernatorial election in Kogi State.

Warri Voice Newspaper gathered from grapevine that the wedding ceremony would attract dignitaries from far and near.