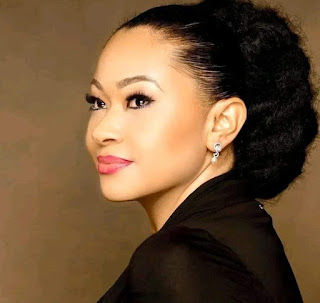 Notable Kogi State leaders on Thursday reacted to the victory of Chief Natasha Akpoti-Uduaghan in Wednesday's senatorial primary, saying it was a great result.

“Chief Natasha Akpoti-Uduaghan has done enough to endear herself to every household. She will set straight Kogi Central’s journey to greatness and deliver the dividends of democracy to the people”

The leaders in a statement in Lagos described the People’s Democratic Party (PDP) senatorial flag bearer as a visionary leader, bridge builder, stickler for excellence and blessing to Kogi State.

“Chief Natasha Akpoti-Uduaghan is articulate, knowledgeable and gentle. She has contributed so much to elevate the status of Ebiraland”

The leaders said nothing would stop Akpoti-uduaghan from clinching the Kogi Central Senatorial seat in 2023.

“Kogi Central is PDP. Chief Natasha Akpoti-Uduaghan has crowd-pulling power like no one else in Kogi politics. We strongly believe in her candidacy. We are just waiting for the 2023 elections. We know she will win”

“We want to see a more human side to the Government. Kogi Central All Progressives Congress (APC) is already heading for the rocks”

“Chief Natasha Akpoti-Uduaghan is straightforward and absolutely reliable. We will definitely vote PDP in 2023. She will use the opportunity of going to the Senate to transform Kogi Central, improve the standard of living of the people, engender prosperity and keep the dream of the Ajaokuta Steel Plant alive” the statement added.