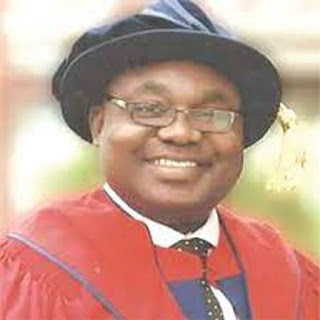 Engr Simbi Kesiye Wabote( FNSE, FIPS) the Executive Secretary, Nigerian Content Development and Monitoring Board (NCDMB) has commended the laudable strides of the Federal University of Petroleum Resources FUPRE Effurun Delta State for playing a leading role as a centre of academic excellence in the provision of research and leadership in energy discovery that is benefiting to society as a whole.

Engr Simbi Kesiye Wabote who featured as a Guest Speaker in the University 3rd Convocation Lecture held today Friday 17th June 2022, stated that  since the  establishment of FUPRE in 2007 and the intake of its first set of 113 foundation students , the Petroleum University  has continued to wax stronger as the first university of petroleum in Africa and the sixth ( 6 " ) in the world .

According to Wabote  the  Guest Speaker, FUPRE'S  mission and vision   is consistent with the position of Nigeria as having the largest deposit of hydrocarbon resources in Africa and we must commend the foresight of the Federal Government that resulted in the establishment of FUPRE fifteen ( 15 ) years ago as a full - fledged citadel of learning to prepare bright minds to drive the development of our hydrocarbon sector .

The Local Content Board Chief Executive who spoke on a theme titled: " Defining the Value of Local Content in Petroleum Education ",posited that the  lecture is  apt as local content development is now an integral part of the Nigerian oil and gas  industry , especially with regard to driving development across the industry”.

Engr Wabote  noted  during the lecture that  the ongoing debate and indeed the deadlines being set in respect of energy transition brings to fore the need for development of home grown skill sets to develop and manage the nation's natural resources.

He stressed that there is need for  Nigeria to develop a Nigerian content  economy by a systematic development of capacity and capabilities through the deliberate utilization of Nigerian human , material resources and services in the Nigerian oil and gas industry.

He said in his words: "Nigeria  is blessed with an abundance of human and natural resources With a population estimated at 206 million , about half of the entire population of West Africa , that is enough to make impact for any nation Which is desirous and truly willing to make progress."

Wabote emphasized to the audience that we are indeed a burgeoning market which makes us a force to be reckoned with  especially within the African continent , noting that, we are blessed with enormous oil and gas deposits which makes Nigeria a key player in the global hydrocarbon landscape.

However, he lamented that despite these huge hydrocarbon deposits , the gains of the oil and gas industry did not translate to much for the people and the economy of the nation as the sector which  was dominated by foreigners and foreign equipment, goods , and services  for more than 50 years , the oil and gas industry experienced massive capacity flight and phenomenal job losses which resulted in local content level of less than 5 %.

The NCDMB  he explained have two key mandates which are to develop local capacities and capabilities and to  monitor compliance and enforce provisions of NOGICD Act 2010.

He emphasized during the lecture that over time experience  in local development  has shown that the development of sustainable local content requires a combination of six Key elements with a road map hinged on five pillars and four enablers  which involves technical capability development , development of critical skills, and Infrastructures that are required and utilized in the oil and gas industry.

He added: "One of the keys to a successful Local Content development program is for such program to be linked to education . The narrative around the Energy Transition has further revealed the need to ensure that there is direct link between our Petroleum education, development and utilization of our hydrocarbon resources”.

Wabote who expressed confidence in the implementation of the Local content and the progress made so far  further stated  "Using the NCDMB as a reference , we have achieved much because we have utilized our Human Capacity education. These touch points include Research and Development, Vocational Development goals to support the development of skills gaps in petroleum skills , Science and Innovation , and others”.

He continued saying: "Since our inception to date , we have trained over 12,000 people in different critical skill areas such as the use of various engineering design software, environmental remediation , boat repairs , electrical engineers, mechatronics, welding, and so on . This spanned over 13 million man hour of training to widen the span and entrench the depth of  skills sets available in the oil and gas industry.

Engr Prof Akpofure Rim-Rukeh the Vice Chancellor of Federal University of Petroleum Resources FUPRE earlier in his key note address  thanked Principal Officers of the University, Dean's, Directors, and especially the Guest Speaker, Engr. Simbi Wabote  and all other guests who came to grace the 3rd Convocation Lecture of the Petroleum University.

Just as the Vice Chancellor disclosed during the press briefing on Tuesday 14th June 2022 that this 3rd edition of the convocation lecture Will be a triple helix model, two roundtables of experts in the oil and gas sector brainstormed on two topics titled: Facilitating a formidable industry, Government and academia partnership to foster energy sector innovation and Energy Transition, offshore Assets Divestment by OICs - - What is next for Nigerian indigenous companies and local content.

The Triple helix  model is clearly the way  forward as the idea proved to be the best approach to the energy transition education as it gave practical answers to questions that have long been begging for answers. 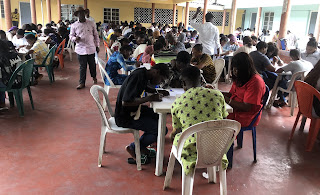