NAIG Re-elect Executives for Second term based on Excellent Performance

NAIG Re-Elect Executives for Second term  based on Excellent Performance

NAIG Re-Elect Executives for Second term  based on Excellent Performance

The National Association of Itsekiri Graduates, NAIG, has re-elected its Executives to run for a second term based on their excellent performance during their first term in office.

This was done in the just concluded general election of the Association, held on Saturday July 9, 2022 at the NAIG Secretariat, Ugbori, Warri. 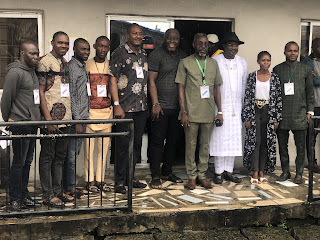 The Executives were re-elected unopposed except for the position of the Provost with 21 votes out of 47 members accredited for the exercise.

In his acceptance speech, re-elected President, Comr. Ben Eburajolo who spoke on behalf of other Executives thanked members of the high table and the electorates for their votes of confidence, assuring that his major priority is to see how to source for jobs for the Association, get a permanent Secretariat for NAIG and boost the economic welfare of members, especially the committed ones. 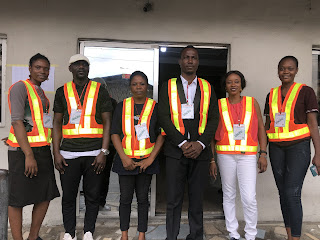 Comrade Eburajolo, appealed to all Itsekiri sons and daughters in prominent offices to support the Association.

Addressing the Executives, Chief Barr. Robinson Ariyo who was ably represented by Prince Clem Ade Omatoye, Esq. congratulated the Executives for their re-election, even as he assured the Association of his readiness to render advise and support whenever he is called upon to see a better NAIG. 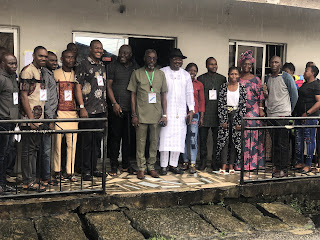 Speaking in the same vein, Chairman, Board of Trustees(BOT) of NAIG, Dr. Martins Ejueyitsi Otuedon, an academician, congratulated members of the reelected Executives promising them continued support in the quest to move NAIG forward.

Dr. Otuedon admonished Comr. Eburajolo to consistently consult leaders for support and work in harmony with other members of his Executives in order to achieve great success.

Also speaking, Chairman of Warri Progressive Society, Otonloye (Warri Chapter), and one of the Observers, Comrade Fregene Taiwo, commended the Association for conducting a peaceful and credible election, just as he offered NAIG the famous Otonloye Hall at Ugbori at no cost for all its events going forward.