In furtherance of the Olu of Warri, Ogiame Atuwatse III agenda to better the lives of the youths which was clearly stated in the thanksgiving speech of his first year coronation anniversary at Aghofen recently, Itsekiri Renaissance Group, a proactive group in Warri kingdom has lunched its IT Project for Youth Development to be sited in Ode-Itsekiri(Big Warri), the ancestral home of the Itsekiri people.

Addressing the Olu of Warri during the homage paying of the group, Chairman of IRG, Mr. Oti Ikomi declared “About 500 Itsekiri youths will be exposed to IT curriculum, of which 160 are expected to be certified annually by IRG.”

Mr. Ikomi who thanked his Majesty, Ogiame Atuwatse III for land allocation disclosed that the IT Project would take effect from the year 2023, saying that Networking, NIIT, Blockchain,  and AI Programme will be reviewed for consideration  in future sessions.

No matter the condition of Nigeria, Iwere kingdom will Shine - Olori Atuwatse III

Her Majesty, Olori Atuwatse III has declared that no matter the condition of Nigeria, Iwere kingdom will continue to shine and be recognized globally.

Olori Atuwatse III made the declaration during the one day Praise Concert organized by Iwere Women Prayer Network, an initiative of her Majesty and supported by wives of Chiefs from Warri kingdom as part of the activities to kickstart the first Coronation Anniversary of the Olu of Warri, Ogiame Atuwatse III.

“This year has been glorious for us as a people and we have seen God’s moves in fantastic ways. We have been gathering for a year now, precisely in every three months to pray for God’s protection upon the King, the Royal family and the entire Warri kingdom and God Almighty has been very steadfast in answering all our prayers”, She stated.

Olori Atuwatse III who was overjoyed with the turn out of Iwere Women could not help but released her motherly blessings upon all the women, just as she appreciated the Guest Speaker of the occasion, Bishop Anirejuoritse for his impactful sermon as well as other Facilitators of the Programme, especially Bishop (Mrs.) Juliet Olley for keeping the Programme alive.

Earlier in his sermon, Bishop Anirejuoritse charged the women to always use the weapon of praise in times of challenges because supernatural praises offered to God brings down God’s judgement speedily upon the wicked.

Bishop Anirejuoritse who took his message from the book of 1 Peter chapter 2 verse 9 averred that “ We all are born in a faulty foundation, but Iwere nation through the emergence of Ogiame Atuwatse III who handed over the throne to the Almighty God before the whole world on the day he was crowned and declared king, has redeemed Iwere nation into a sure and solid foundation”.

It would be recalled  in her welcome address during the praise concert held on Monday August 15, 2022 at Aghofen, Olu’s Palace, Warri, Coordinator of the Programme, Bishop (Mrs.) Juliet Olley thanked Olori Atuwatse III for making the occasion remarkable not just with her presence and prayers, but for giving the women palliative to take home at the end of the Programme.

Itsekiris in the United States, under the aegis of Ugbajo Itsekiri USA Inc. has fixed September 3, Labor Day weekend for their 24th Annual Convention.

The Convention which will be held at the Marriott Airport Hotel in Tampa Florida will span September 2 to September 4, 2022.

Warri Voice Newspaper can state authoritatively the event is scheduled for Labor Day weekend with lots of exciting activities lined up for Iwere Sons and Daughters.

President of Ugbajo Itsekiri USA, Mr. Jemine Okotie-Yesin who spoke to our correspondent through the telephone disclosed that the event will create a forum for participants to take stock of developments within the Ugbajo Itsekiri USA Inc family, and to chart a way forward in strength and unity.

When asked about the reconciliation, Mr. Yesin disclosed: “There are already high level consultations with stakeholders amongst the two warring factions to bring the association back together as one body”.

The President assured our correspondent that he and his board are committed to resolving the schism within the Ugbajo Itsekiri USA family.

See details below from the video 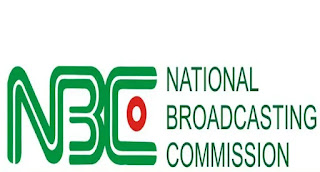 The National Broadcasting Commission (NBC) has imposed a fine of N5 million on Trust Television Network (Trust TV) over the broadcast of the documentary titled “Nigeria’s Banditry: The Inside Story”, which was aired by the station on March 5, 2022.

The NBC, in a letter to our company dated August 3, 2022, which was signed by its Director General, Balarabe Shehu Illela, said the fine was imposed on Trust TV because its broadcast of the said documentary contravened sections of the National Broadcasting Code.

In a statement, the management of Media Trust Group said, “While we are currently studying the Commission’s action and weighing our options, we wish to state unequivocally that as a television station, we believe we were acting in the public interest by shedding light on the thorny issue of banditry and how it is affecting millions of citizens of our country.

“The documentary traces the root of the communal tensions and systemic inadequacies which led to the armed conflict that is setting the stage for another grand humanitarian crisis in Nigeria. It presents insights into the intersection of injustice, ethnicity and bad governance as drivers of the conflict. It also aggregates voices of experts and key actors towards finding solutions, including those of the Minister of Information and Culture, Alhaji Lai Mohammed, Senator Saidu Mohammed Dansadau, who hails from one the worst hit communities in Zamfara State.

The statement added that other experts who featured in the documentary include scholars like Professor Abubakar Saddique of the Ahmadu Bello University, Zaria and Dr. Murtala Ahmed Rufai of the Usmanu Danfodio University, Sokoto, who have both studied the subject of banditry for a long period. The documentary also brought to the fore the horrifying stories of victims of banditry.

The Itsekiri Regional Development Committee, IRDC, a brain-child of NNPC/Chevron Nigeria Limited JV GMoU Governance Model, has awarded 83 projects to boost the living conditions of the people in the rural communities.

81 housing units of 1 and 2 bedroom detached bungalows, spread across 16 other communities, out of the 23 IRDC communities was also awarded to the indigenous Contractors, following the just concluded opened bid for the new projects by the leadership of IRDC, encapsulating the 2021/2022 Projects’ circle of the community development committee.

Speaking briefly during the contract signing, Acting Chairman of Itsekiri Regional Development Committee, IRDC, Mr. Itse Orugbo said that 230 Contractors bid for the jobs but 89 were successful, adding that contracts for the construction of a Town Hall and 2-bedroom Housing Unit at Tisun Community in Warri North Local Government Area and Concrete Walkway at Ugbeogungun in Warri South -West Local Government Area, would be awarded soonest, as part of the 2021/2022 projects’ cycle.

“Today we are going to sign projects for 89 contractors. We intend to do more contracts for the communities to benefit further. The projects being awarded, were based on demands from the benefiting communities and the contractors are indigenes”, he averred.

The Community Engagement Rep, Chevron Nigeria Limited, CNL, Mr. Femi Abode, in his remarks, appreciated the past and present leadership of IRDC, thanking them for partnering Chevron in the resolve to give better lives to people of the company’s host communities, even as he urged all stakeholders to be part of the transition from Itsekiri RDC to the Petroleum Industry Act, PIA implementation.

Representative of Delta State Government, Engr. Oniyeburutan A. John and the Chairman, Programme and Project Review Committee, PRC of IRDC, Joseph Tester Owolo, charged successful contractors to execute the projects to specification and within the stipulated time frame, stressing that project abandonment will not be tolerated.

Ambassador Billy Ekele, who spoke on behalf of the contractors, described the bidding process as transparent, assuring IRDC and the rural dwellers of a standard and satisfied projects execution.

Mr. Ekele appealed to IRDC not to delay contract payments and that it should be made accordingly per milestone, without stress.