Hussey College Old students Association, United Kingdom branch has given back to her Alma-mater by donating  one hundred and twenty students seats to boost the educational standard of the school, an event which took place on Wednesday September 28, 2022.

Representative of U.K chapter of the noble Association, Akpasubi Benjamin who also doubles as the National Secretary of  the Association, while presenting the students seat to the school, appealed to the school authority to make good use of the seats. 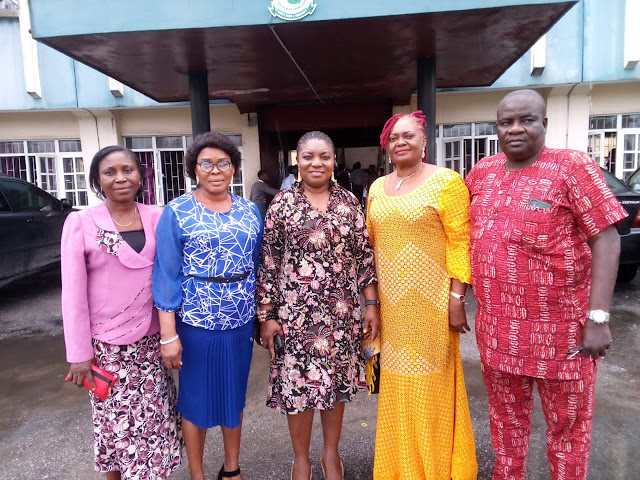 Responding, Principal of Hussey Model College Warri, Mrs. Justina Wategire appreciated the U.K Chapter of the Association for always giving back to the school.

"I really appreciate them for giving us 120 students seats. They have been doing much actually, but this one, I am very grateful", She said.

Mrs. Wategire further appealed to the alumni body to assist in elevating the assembly ground of the school which is always flooded with water due to heavy downpour of rain so that the students can observed their assembly time even when it rains.

Speaking in the same vein, Head Boy of the school, Uweh Godstime who spoke on behalf of the other students thanked their predecessors for their kind gesture, just as he appealed for more projects that will boost learning environment of the school. 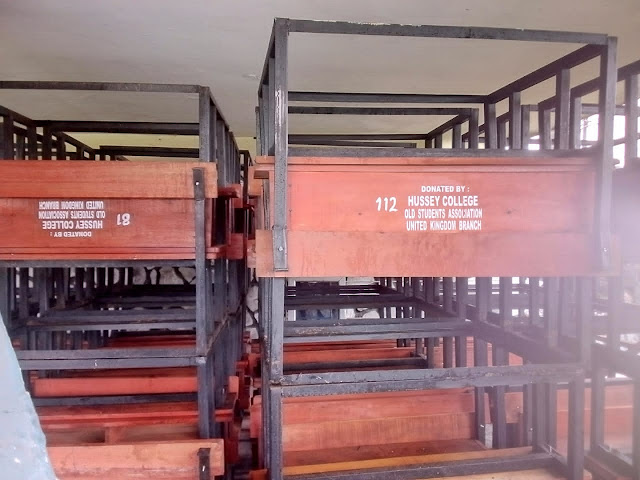 It will be recalled that the President of the United Kingdom chapter of the school, Kenneth Omoijate Okoh and his Secretary, Anthony Yekovie paid a visit to the school early this year and saw the need for pupils to have desk and chairs for many classes in order to write their  examination comfortably.

They were saddened to see that the State Government has not developed the school as a Model school as planned and hope that this will be remedied soon and called upon Hussey College Old students Association National Body to work with the state to ensure that the noble school becomes the great school it should be once again.

In a telephone chat with Warri Voice Newspaper, President of UK branch of the association, Kenneth Omoijate Okoh who spoke on behalf of other Executives and entire members advised Pupils to read and study hard to obtain good results and imbibe a culture of maintenance of gifts donated to them and the school and hoped that the donated chairs and desk along with the repairs of the floors in the boys hostel will assist the school immensely. 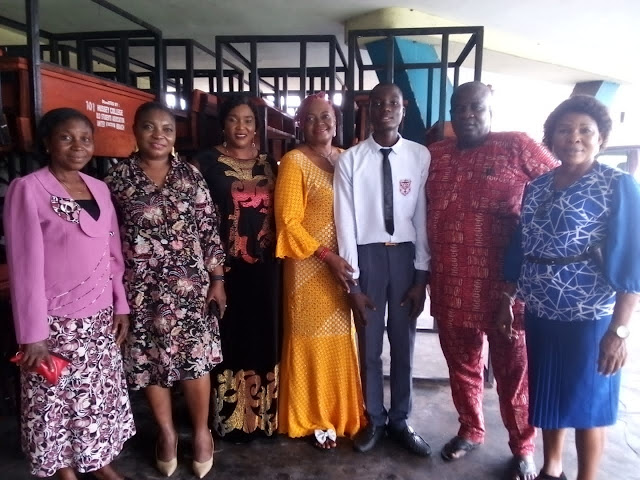 “Under the giving back project of the association in the UK, I and my Executives as well as the members, raised funds towards this laudable project”, he averred.

Warri Voice Newspaper can state authoritatively that both the teachers and students of Hussey Model College were overjoyed to receive the students seats from the alumni body.