Currency redesign: Festus Okotie-Eboh must be on new note-Itsekiri Graduates 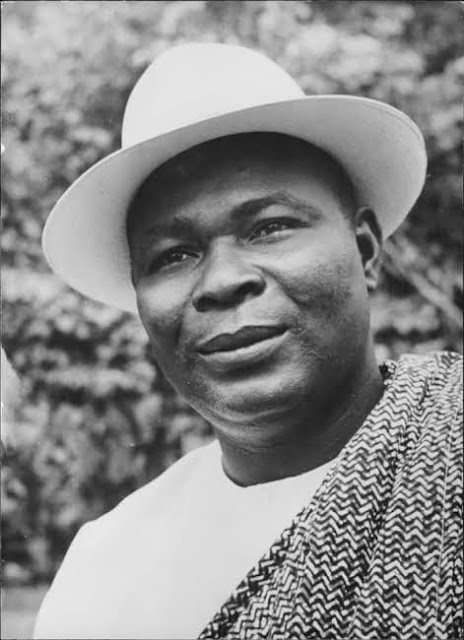 Following the recent CBN pronouncement to redesign the Nigerian Currency, the National Association of Itsekiri Graduates, NAIG has demanded that the First  Minister of Finance and founder of the Central Bank, CBN, Chief Festus Okotie-Eboh, should be on one of new naira notes to be redesigned by the CBN as a way of recognizing his heroic contributions to Nigeria’s wealth.

NAIG, in a statement by its President, Comr. Ben Eyitemi Eburajolo, stated that the non-recognition of late Okotie-Eboh’s outstanding achievements as one of the founding fathers by successive governments is unfair and unacceptable to the oil rich tribe.

Eburajolo who spoke on behalf of his executives said: “The great contributions of Chief Festus Okotie-Eboh, to Nigeria’s greatness are some of the landmark achievements that can never be erased in our country’s history.”

Itsekiri graduates unanimously made the declaration during their National Congress held on Sunday November 5, 2022 in Warri.

“We, the Itsekiri Graduates Body and the entire Itsekiri Nation demand that the face or portrait of the first Minister of Finance, Chief Festus Okotie-Eboh should reflect on the nation’s currency note for fairness and equity without any delay.

The group further reminded the nation that it was Chief Okotie-Eboh’s economic wisdom that structured development plans in pre-independence and post-Independence Nigeria that helped the country survive the civil war and beyond.