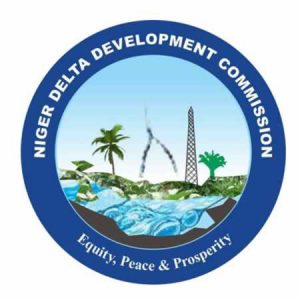 The Itsekiri National Youths Council, INYC has viewed the nominations for both the Chairman and Managing Director in the composition of the new board of the NDDC as a calculated attempt to subjugate the oil bearing people of Warri kingdom by the administration of President Muhammadu Buhari.

For the sake of equity, justice and fair play, we urge the federal government to look into the Act establishing the NDDC, the rotational principles by alphabetical order of the oil producing states and the principle of oil production quantum. This is also in agreement with the federal Character act and No. 3 and 4 of article (14) of Chapter 2 of the 1999 constitution of the Federal republic of Nigeria which states as follow;

"The composition of the Government of the Federation or any of its agencies and the conduct of its affairs shall be carried out in such a manner as to reflect the federal character of Nigeria and the need to promote national unity, and also to command national loyalty, thereby ensuring that there shall be no predominance of persons from a few State or from a few ethnic or other sectional groups in that Government or in any of its agencies.”

Significantly, The principle of rotation by states in the NDDC has completed its first cycle where the itsekiri ethnic nationality has been evidently short changed or overlooked severally.

Curiously, for this second leg and the imminent inauguration of the new board, the Itsekiri ethnic nationality has once again raised their minority voices and take their peaceful struggles to the doorsteps of all the relevant authorities in the country to be accorded their God-given rights and privileges as determined by the NDDC act.

We have stated for the umpteenth time that by divine providence, it is the turn of Delta State to produce both the Chairman and Managing Director of the NDDC and going by the provisions of all extant laws, the Itsekiri ethnic nationality by virtue of being the highest producer of cude oil and gas in Delta and Edo States and being the second highest producer of Oil and Gas in Nigeria deserves to be appropriately rewarded.

Juxtaposing Part IV of the NDDC Act vis a vis the aforementioned, which reads, “there shall be for the Commission, a Managing Director, and two Executive Directors who shall be indigenes of oil producing areas starting with the member states of the Commission with the highest production quantum of oil and shall rotate amongst member states in the order of production", it is evidently stated that nominations should come from only oil producing areas of oil producing states. The President, President Muhammadu Buhari and the Nigeria Senate should consider this as a matter of profound attention going by what we contribute to the industry as cited below;

An ethnic group can’t boast of these credentials and yet still overlooked during nomination or appointment to serve on the board of a critical agency such as the NDDC. This has been our agitation in recent appointments in the NDDC.

Besides the position of commisionership which other ethnic nationalities have also enjoyed severally and the abridged tenure (18months) of Engr. Tuoyo Omatsuli, former Executive Director Projects, the Itsekiris have not been allowed to enjoy a full tenure as major oil and gas producer in Nigeria.

Safe to say that there will be no NDDC without the statutory remittances from IOC's operating at the various oil and gas producing areas in the Niger Delta region. It will therefore be only appropriate to reason that those who bear the highest burden of the economic sustainability of the nation must be given preferential consideration on issues of appointment into the NDDC board and that is what the law establishing the NDDC accommodated. To do otherwise by always imposing or promoting the interest of those who produce little or nothing at all over the interest of those who carry such magnitude of burden for the economic sustainability of the nation is not only an infraction/ infringement on the law establishing the NNDC but also an invitation to anarchy.

In our despair, we can't help but wonder if our present marginalization was what our forbears foresaw when as ethnic minorities they expressed their fears of ethnic domination, subjugation and suffocation by larger ethnic nationalities in the Nigerian Federation before independence. A concern that led to the  Willink’s Commission of inquiry into the minority fears in 1958  and recommended special protection for minorities, as contained in the Mid-Western Constitution of 1964.

Expectedly, with all the ministerial and other appointments into various MDAs that President Buhari has done since inception of this administration, the Itsekrii nation has not protested despite been shortchanged because all of such appointments reside in the prerogative or discretional power of the office of the president but on this present marginalization of the Itsekiri nationality in the nomination of the NDDC that is stipulated by the NDDC Act itself, we shall resist.

We make bold to state at this juncture that given our humongous contribution to the survival of Nigeria and given the fact that we have been treated with disdain, disrespect and deprived of our due rights as stipulated in the constitution and even the NDDC Act, the non-recognition or deliberate exclusion of the Itsekiri Ethnic Nationality from the position of Chairman or Managing Director will be resisted by every fiber in our veins.

1. Deriving our position from all extant laws guiding the oil industry, persons from Itsekiri (foremost oil and gas producing area in Delta state) should immediately be nominated on the list.

2. Specifically, the position of Chairman, Board of the NDDC zoned to Delta State should be unconditionally given to the Itsekiri ethnic nationality for the huge economic responsibility she is carrying for the Nigerian state.

3. The senate should suspend the screening of all nominees on that list until the right thing is done.

Accordingly, a Congress of all Itsekiri youths from all oil and gas producing communities both in Delta and Edo states have been fixed as published in our circular dated 24/11/2022 to take immediate actions that will put an end to this unabated serial marginalisation of the Itsekiri Nation over this NDDC board composition and other areas of interest.