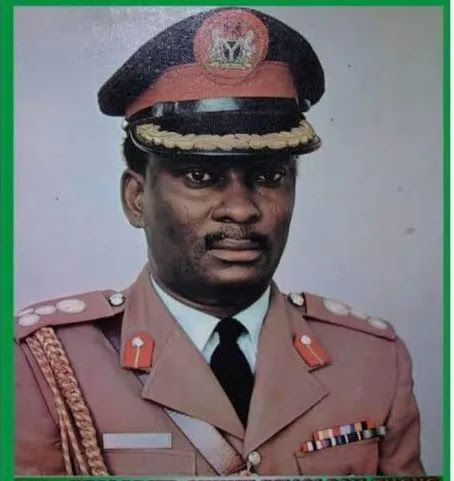 The final burial rites for the late father-in-law of the immediate past Governor of Delta State, Dr. Emmanuel Uduaghan, Brigadier-General Sunny Esijolomi Tuoyo (retd.), has been slated for Friday January 20th, 2023, in Warri.

Brig.Gen. Touyo, a former Military Administrator of old Ondo State during the military regime of General Olusegun Obasanjo, died at 87 years in Lagos.

He passed on Saturday, December 17, 2022 in Lagos State, according to a statement issued by the family.

Already, a five-day burial rites for the deceased had commenced with Service of Songs & Tributes and Commendation Service in Ibadan, Oyo State.

According to the burial programme issued by the family, the remains of Brigadier General Tuoyo, will be interred at a private family interment after a funeral service at First Baptist Church, GRA Warri.

It said reception will hold after the Church service at Rice Farm along Esisi Road, Warri, on Friday.

Meanwhile, former Governor Emmanuel Uduaghan on Sunday and Monday joined his wife and family in Ibadan for the Service of Songs, Night of Tributes and Commendation Service in honour of his father-in-law, late Brig. Gen. Tuoyo.